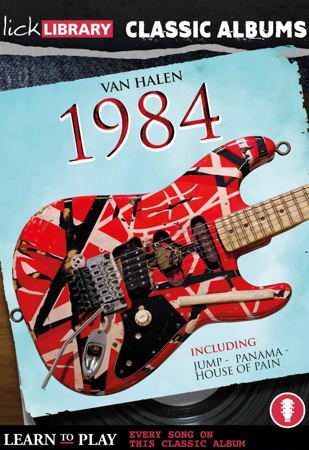 Released on January 9, 1984, Van Halen’s 1984 is the sixth studio album by the American hard-rock giants. It was the last Van Halen album until A Different Kind of Truth in 2012 to feature lead singer David Lee Roth, who left in 1985 following creative differences and as of 2019, the final full length album to feature all four original members.

Learn to play the following:

In this course, LickLibrary veteran, Jamie Humphries walks you through the many highlights of each song from this hard rock gem, one phrase at a time, including all of Eddie Van Halen’s legendary guitar parts from the tracks; “Hot for Teacher,” “Panama,” and the iconic, “Jump.”