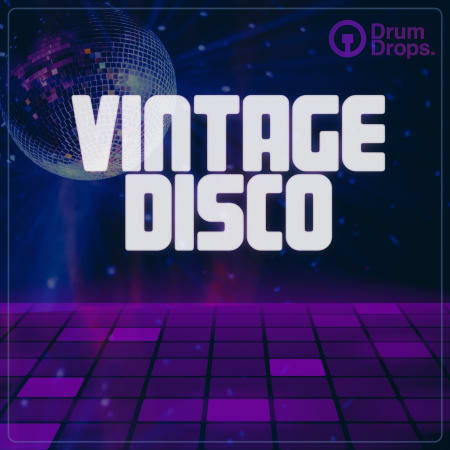 Drumdrops presents over 150 four to the floor classic disco drum loops taking you back to the golden roots of the disco genre. Performed by top session drummers using Ludwig and Gretsch drum kits, vintage Zildjian cymbals and snares by Ludwig, Rogers and Slingerland, Vintage Disco has been expertly produced to provide producers, writers and re-mixers with supreme quality disco beats.

Produced and mixed by drum recording maestro Mike Pelanconi, this acclaimed album has kept strictly to the Drumdrops ethos of using only the very best vintage analogue equipment. Each track has been recorded on a 1970s Neve console, using analogue tape, vintage microphones and outboard gear such as Pultec Equalizers and Fairchild Compressors.

We also have the full selection of one shots available; with drums gaffer taped, damped with dust cloths, tuned low and dead the disco sound is finally back. Recorded with a late 70s sound in mind in a nice tight recording room.