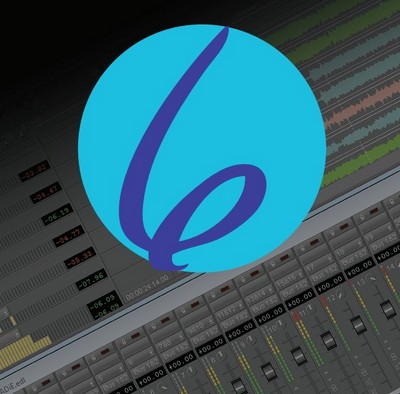 SADiE 6.1 gives you the freedom to work on any Windows computer using SADiE’s low latency, high reliablility SADiE Series 6 hardware solutions or any WDM or ASIO soundcard such as your computer’s built in soundcard or the Prism Sound Lyra, Titan, Atlas or Dream ADA-8XR interfaces.

SADiE has always excelled in roles where the most sophisticated editing capabilities are required and where reliability and robustness are paramount. In these often pressured work environments, simplicity and ease of use are also vitally important and contribute to smooth, fast workflow and overall business effectiveness. 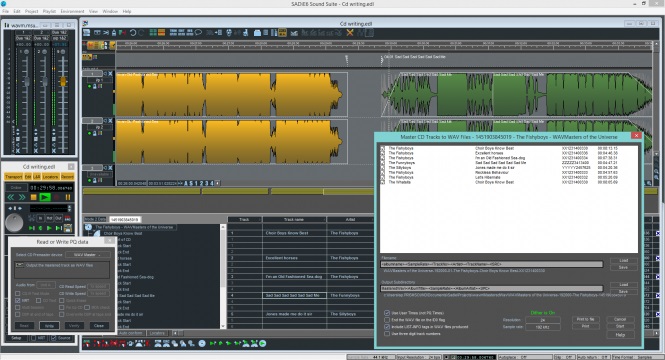 SADiE’s WAV Master
With many more consumers now choosing to buy their music via a download, record labels are increasingly asking mastering engineers to deliver mastered audio as digital WAV files so they can be easily uploaded to sites such as iTunes, Napster and Amazon.

Developed by Microsoft and IBM, the WAV format is also popular as a master archive wrapper because it offers long-term content security and is widely accepted by both the professional audio industry and the archiving community.

SADiE’s newly introduced WAV Master feature allows users to create WAV files for an entire album, using PQ marks to define the start and end of the WAV file for each album track. Track Titles, Artist Name and other information is automatically incorporated into these files.

As a further extension of its WAV Master feature, SADiE has also introduced a new high quality Sample Rate conversion algorithm. This brings the sample rate conversion process in-line with the high quality processing standards for which SADiE’s parent company, Prism Sound, is famous. Resolution changes can also be applied during the bounce process that is used to create WAV files, and a printout of the album can be produced listing detailed information about each file.

This ultra-efficient workflow allows SADiE’s PQ list to be used as a single source to create the WAVs, DDP and CDs that are required by today’s mastering engineers.

ISRC in BWF files
Created and standardised by the European Broadcasting Union, Broadcast WAV (BWF) is an extended WAV format that allows ISRC data to be embedded in the file. ISRC stands for International Standard Recording Code. Every song released, and every version of that song, is allocated a unique ISRC by the record label. ISRC is then used to ensure that the correct files are used for playback and replication. It also ensures that artists and recording professionals who stand to benefit financially from any playback or replication are identified and compensated.

Ordinary WAV files can’t carry embedded ISRC data, therefore the only way to be certain that this vital data flows throughout the entire production chain is for the music industry to adopt BWF as standard.

The UK Music Producer’s Guild has led the initiative to get BWF adopted as standard, and in conjunction with the EBU it has produced a Recommended Practice document that lays out methods by which an ISRC can be embedded into a BWF. Exactly how workflows will use this embedded ISRC is yet to be fully defined, but having software that supports it is a prerequisite.

Along with other manufacturers that create software for mastering, SADiE has played an important part in this initiative by contributing to the working group that drew up the Recommended Practice document. This states that all mastering software should allow for the implementation of BWF and should give mastering engineers the ability to exchange BWF files incorporating ISRC.

We are delighted to announce that SADiE’s ISRC in BWF feature, which is incorporated into the new WAV Master option, does all of this. This feature is also included in the SADIE version 6.1 update as part of the “Mastering Suite” and “Sound Suite” packs.

SADiE has implemented this feature so that it provides a complete workflow for handling Broadcast WAV files with embedded ISRCs.
SADiE can read the ISRC in an existing file and embed the ISRC when ripping from a CD that includes it
Editing and addition of the ISRC to any BWF file (i.e. “destructive” editing that changes the original file) is allowed for
The ISRC will follow the file through the audio editing process
The ISRC is displayed alongside the clip, and can be altered along the way without editing the original file, thus retaining the concept of “non-destructive editing” that has always been part of SADiE
It can then be used in the PQ list as the ISRC for a DDP, CD or WAV master that uses the file

Whats New:
SADiE v6.1.16 (six point one point sixteen) is an upgrade for the SADiE v6.1 range and includes some small bug fixes to VST saving and loading over the recent v6.1.15 release, and more significant updates and enhancements compared to earlier SADiE releases. SADiE v6.1.16 is available as a 64-bit version of SADiE6 for native operation as well with BB2 and LRX2 units; at present no 32-bit version is available for native, LRX2, BB2 and PCM card operation.