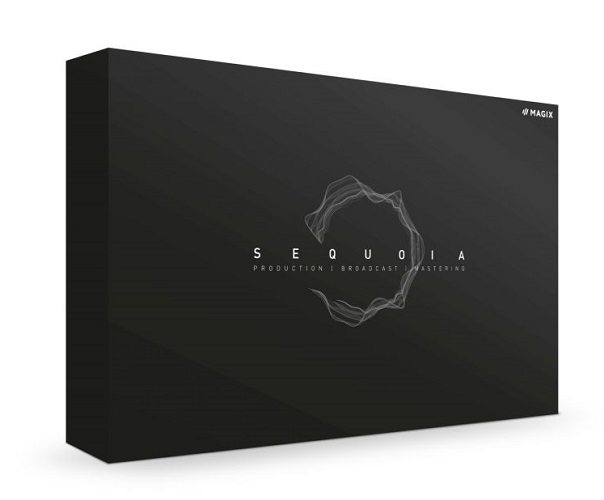 MASTERING As mastering engineers, combining precision, efficiency and creative craftsmanship with extraordinary ideas is what we do. That’s why Sequoia is a true icon when it comes to mastering. With a unique object editor, detailed phase and peak meters, high-quality plug-ins and native audio restoration, the software fulfils all professional demands.

AUDIO PRODUCTION The success of a complex audio production depends on each and every detail and nuance. With this premise in mind, we’ve developed features for source destination cut and multi-synchronous cut. This allows you to combine different concert recordings into a single whole in the blink of an eye.

BROADCASTING Time is a decisive factor in broadcasting. For this reason, Sequoia offers direct connection to broadcast CMS and automation systems. Thanks to the powerful audio engine, you can edit material during a live recording and sent to a broadcast station with a slight delay.

POST-PRODUCTION Sequoia is a constant in an ever-changing industry. This is due on the one hand to the software’s high stability and reliability, on the other to the close collaboration between our team of developers and recording studios, TV stations and broadcasters. With these industry connections, we’re in the know – so this lets us focus on developing and bringing to the market features that are actually needed in post-production.

3D SURROUND EDITING NEW IN VERSION 15
Mix your material in 3D audio channel formats with up to 32 channels per track.

3D Surround Panner The new clear view in the dialog allows for intuitive control when positioning highs in virtual sound sources. The positioning of the spatial axis can be automatized in both track and object. New VBAP positioning mode (“Vector Base Amplitude Panning”) enables users to create Surround setup phantom sources with high sound localization acuity. VBAP can be used independently of the number of virtual speakers and in either 2D or 3D setup. Surround tracks Sequoia 15 supports the use of any number of Surround masters in a single project, and up to 32 channels per track. The Surround master can now be downmixed to the stereo master. Level components for Surround channels can also be freely determined.

ADDITIONAL NEW FEATURES IN SEQUOIA 15
Automation lanes Automated track parameters such as volume, panorama or VST effect parameters can be displayed and operated in lanes inside an audio track. The control elements in the track header offer lots of options for operating and switching the parameters.

Automation lanes Automated track parameters such as volume, panorama or VST effect parameters can be displayed and operated in lanes inside an audio track. The control elements in the track header offer lots of options for operating and switching the parameters.

Multiformatexport The export dialog box in Sequoia 15 now also offers simultaneous export of audio material in multiple Surround formats as well as of various codec configurations. All export settings you create can be saved as presets. Plug-in browser Fast access to all effect and instrument plug-ins. The workflow has been designed to enable users to locate and start working with a plug-in faster than ever before, only using keyboard commands.

32-core CPU support Multi-core operation in Sequoia 15 has also been improved and supports up to 32 CPU cores. The option to boost ASIO priority has also been integrated, which can be used to maximize CPU usage for the program.

MIDI editing functions MIDI functionality in Sequoia 15 has been significantly enhanced. In addition to optimized plug-and-play behavior for external MIDI devices, there’s also a new MIDI parameter editing tool. Selected events can be moved, stretched or compressed in any way.