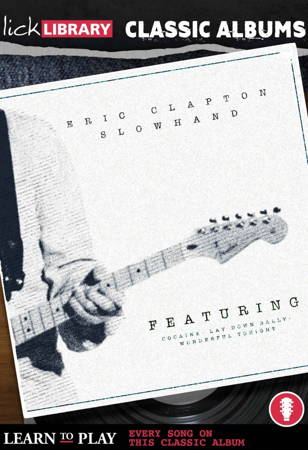 Seen by many Eric Clapton fans as the album in which he truly found his musical voice, 1977’s Slowhand is a showcase of his most diverse playing; from bluesy rockers to tender ballads and country crossovers. As his 5th studio release, Clapton’s matured sense of tone, feel and phrasing are captured across some of his greatest ever recordings. This Classic Album course is a chance to truly learn some game changing guitar skills from the album which defined one of the greatest blues rock guitarists of all time.

Learn to play the following:

In this Classic Album guitar course, Clapton super fan Danny Gill takes you through the guitar highlights of this exceptional album, from the famed ‘Cocaine’ to the radio hits ‘Lay Down Sally’ and ‘Wonderful Tonight’, not to mention the lightning fast licks of ‘The Core’ and more.