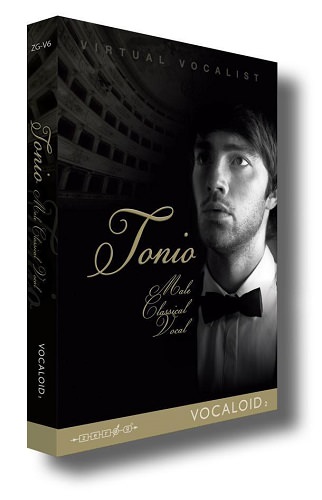 Tonio is an English VOCALOID developed and distributed by Zero-G Limited, and was released in July 2010 for the VOCALOID2 engine. Tonio is advertised as a “virtual vocalist modelled on the voice of professional male classical singer”; his voice provider has never been revealed.

We know that VOCALOID5 have no longer supports VOCALOID2 libraries. But now,This Library had been graft to VOCALOID5 ESV(Win/Mac) by scskarsper.It can be used for VOCALOID5 by this releases.

One Comment on “VOCALOID Tonio (V2) For VOCALOID5 WiN/MAC”