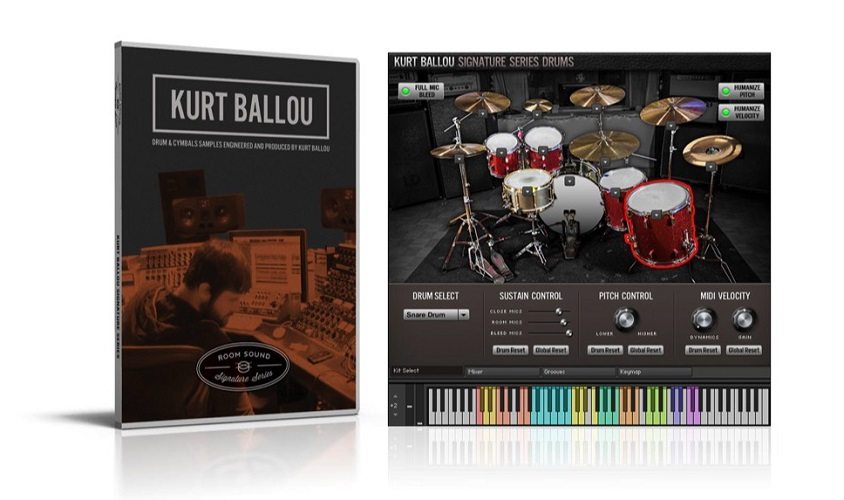 Kurt is a producer, engineer, mixer and studio owner, with extensive production credits on some of aggressive music’s most successful albums. In addition to his studio work, Kurt is the guitarist in groundbreaking hardcore/metal crossover act CONVERGE. 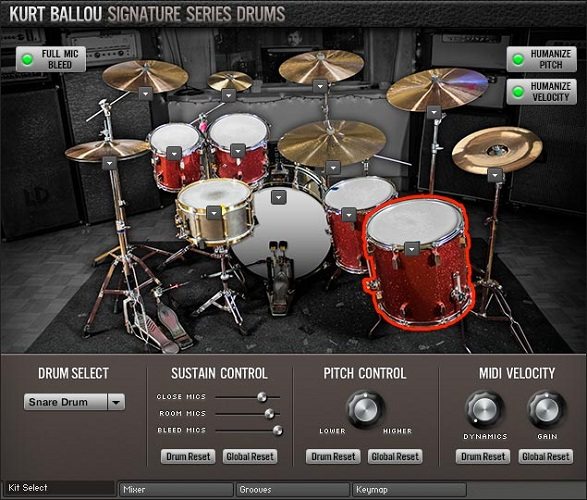 FEATURES AT A GLANCE:

Choose from 26 different kit pieces from Kurt’s personal drum collection. You’ve heard these drums on many of the most popular recordings from God City. Now you can have them in your mixes. Every drum and cymbal was sampled in exhaustive detail at God City with Kurt’s high-end converters and outboard gear.

Drums can be auditioned and selected in the “kit select” area. This is also where the pitch, envelope and MIDI dynamics can be adjusted. These parameters are individually controllable on each separate kit piece for maximum command of your drum sound! 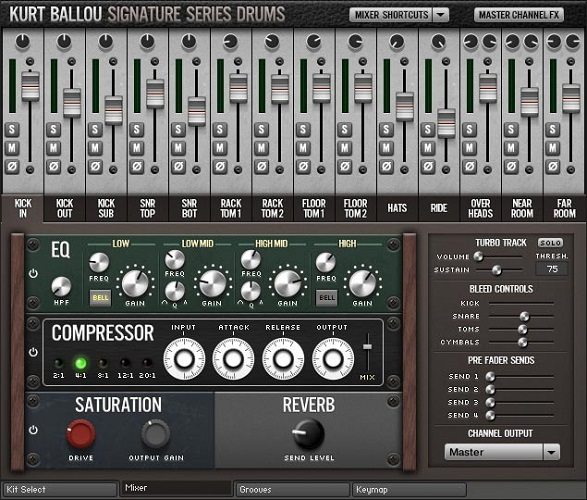 14 individually-controllable close, overhead and room mic channels with full bleed controls allow you to mix the audio just as if you had recorded it yourself. It sounds real because it is real!

Additionally, Kurt’s mix presets are included using the built-in mixer effects, so you can load a great-sounding preset and start being creative in seconds!

For those users who wish to mix in their DAW instead, each channel can easily be multi-output routed to individual DAW channels in all popular recording software with our included templates.

Audition within the interface and then simply drag-and-drop to your DAW’s timeline. The grooves will automatically conform to the tempo of your song. It’s perfect for demos or for jamming!