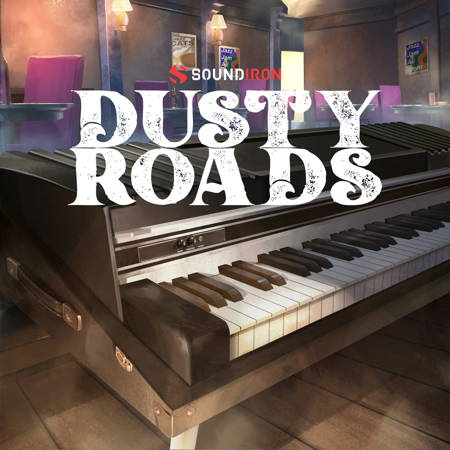 Dusty Roads captures the essence of a classic Fender Rhodes Mark II Stage Piano. We recorded this vintage beauty in close stereo and direct line in, giving you total freedom to shape the tone and make it your own. The end result is a naturally playable, great-sounding instrument that will come alive in your tracks, with tons of sound-shaping options and expanded content to take this classic sound in new directions.

This iconic model was one of the most popular in the legendary instrument line originated by Harold Rhodes. He developed his unique take on the electro-acoustic piano concept during World War II in an effort to build compact bed-side electric pianos to aid in the recovery of wounded soldiers. He released an early version, the “Piano Bass”, with Fender in 1959. The first full-sized model, The Mark I “Suitcase”, was released in 1965 after CBS bought Fender. The Mark I “Stage” followed in 1970 and this Mark II came out in 1979. While the Rhodes line was just one of many early attempts at “electrifying” the piano concept and sound, it achieved a tonal and dynamic character that was completely new and utterly distinct. The Mark II has a smooth, silky, almost glassy bell tone when played softly, but it quickly rises up when the player digs into it with a fuzzy growl and full body of an electric organ. It is one of a very few classic keyboards that have come to define the aesthetics of mid-20th century music.

We sampled all 73 keys with 6 velocity layers and 4 round robin, then recorded key up and down SFX so you can dial in the release volume and amount of key attack click, giving just the right amount of tactile presence when you really want to feel the instrument. Not content to stop there, we crafted 20 evolving textural soundscapes that range from ethereal and cinematic, to haunting and atmospheric – perfect for underscoring and adding depth to your musical compositions. You can weave them into the sound in real-time or play them as their own instruments. You’ll also find 20 custom FX presets that utilize the multi-layer features and FX of our template to stretch the sounds in all kinds of new directions. And finally, our modular FX rack allows you to re-amp your new e-piano with various pedal, amp and speaker combos and pile on a variety of DSP effects.

CONTENTS
The Kontakt interface includes a suite of automation-ready sound-shaping controls to give you total creative flexibility. You have control over swell, attack, release, offset, vibrato, filter, pitch (coarse & fine), articulation switching, cross-fading and layering, and so much more. We’ve also included 20 unique sound-designed custom FX presets to give you lots of creative options.

This library comes with an adaptable LFO system, with selectable LFO shape, modulation target parameter, speed, intensity, tempo-syncing and fade-in time. You can also apply your choice of 12 lowpass, high-pass and FX filters, with assignable modulation targets such as velocity, modwheel, expression, after-touch, key position and step-sequencer table control. Our customizable arpeggiator offers a velocity table and control over arp direction, timing, swing, randomization and duration. We’ve included a key and scale lock system to constrain your notes to common scales and keys for easy melodic composition and live performance.

The interface is rounded-out by our modular FX rack panel, with 18 different DSP effect modules that you can assign in any of 10 available slots, in any order that you wish. You’ll find classic phaser, flanger, delay, distortion, amp and cab simulators, compressors, EQ, rotator and so much more. The Reverb effect includes our favorite convolution reverb impulse responses, including 99 different rooms, halls, chambers and outdoor environments, plus another 40 custom FX impulses to radically transform the sound and open up whole new worlds of musical possibility. We’ve added a great bank of FX rack chain factory presets to get you started!

This library is designed for the FULL retail version of Native Instruments Kontakt 5.5.2 or later!