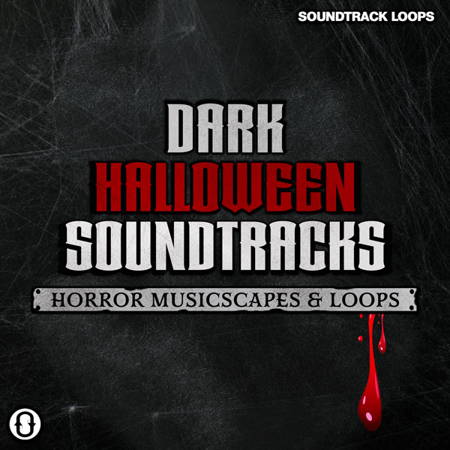 Deep, wide, and lush, these sounds take their time to unspool sustained moments of dread, awe and dark majesty, with an occasional nod toward the bizarre and surreal. The 81 loops are timed in a range of midtempo BPM; many are beatless and long enough to be used in sound beds.

The included 19 one shots have truly remarkable 3D sonics that deliver impact sounds with discrete components positioned in space and independently moving through space to create hyper-realistic, wide-open shimmering effects that leave plenty of room for clear dialog and other music and sound elements. Here we’re reminded that certain Soundtrack Loops content occupies a sweet spot between Foley and music, and this in itself is refreshing and inspiring. Similarly, Dark Halloween Soundtracks has a deep musicality built into its sound effects—really useful when it comes to dark ambient soundscapes, subliminal rhythms, and creating well-paced music on soundstages where everything works together with plenty of space to spare. Produced by Doug Woods (The Sound Test Room)

As standard practice for all loops created by the Soundtrack Loops team, Key and BPM are tagged in both metadata and file names.