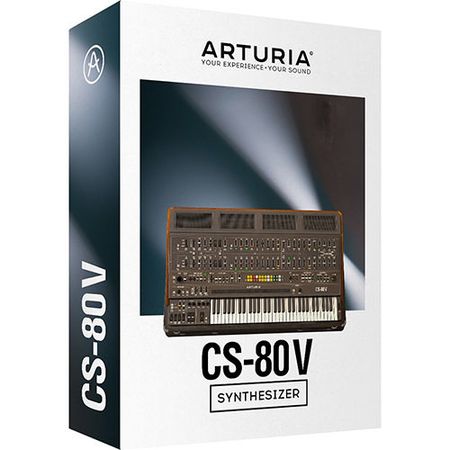 CS-80 V is our modeled version of the legendary Yamaha™ CS-80, considered by many to be the ultimate polyphonic synthesizer of the late ‘70s.

Huge in size and price tag, the CS-80 was a flagship synthesizer of the 1970’s. It’s unique dual voice layout allowed for rich and full sounds that have not been matched to this day. It was popularized by artists such as Toto, Jean-Michel Jarre, Klaus Schulze, Stevie Wonder, Vangelis, Ultravox and Peter Gabriel, to name a few. Hit song after hit song has turned this synthesizer into a true legend.
More than three decades after its release, the time has come to rediscover a sound that has contributed extensively to the history of music. 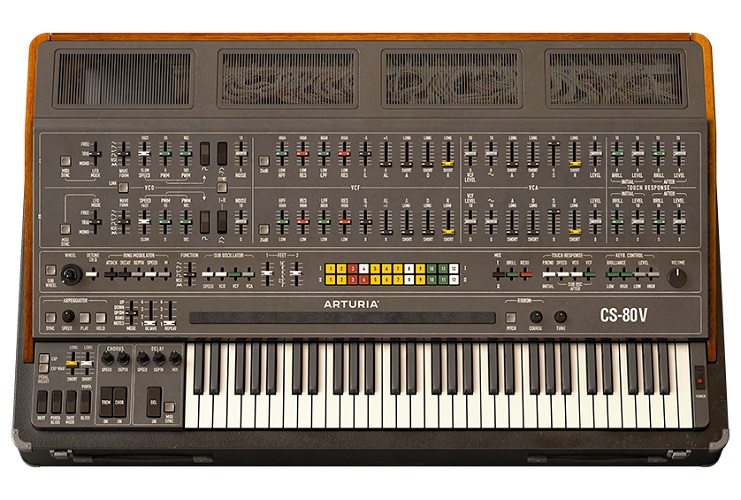 Evolution of the species
The original Yamaha CS-80 was probably one of the most expressive synthesizers made.
With its polyphonic aftertouch, separate high pass and low pass filters and large ribbon controller it became the voice of artists like Vangelis and ABBA.

Multi-Mode
The sound of the CS80 makes it standout for pad sounds.
For that cinamatic sound that will stand out in a mix and drive emotion, CS-80 V is the right choice for you.

There is never enough of a good thing
While the CS-80 was wonderful sounding, it was missing some critical modulation routing that a modern synth should have. We added a modulation matrix which has opened up the sound design capabilities to new heights. The new voice modes and arpeggiator breath new life into this classic giving you even bigger sounds than original. 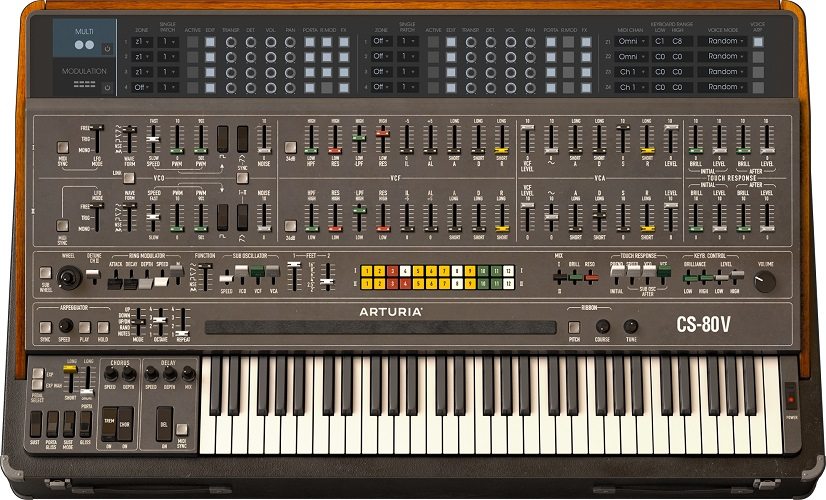 V 3.4.0
New features
Sliders now hold the mouse position to avoid drag limitations due to screen bounds
When editing a control, the value is now showed next to it and lower bar shows parameter description
Tutorials added on the instruments
Advanced search allowing to quickly access several categories such as instrument, bank, or even preset comments
It is now possible to play the instruments from a computer keyboard in standalone mode
Added keyboard shortcuts to resize the plugins window
New shuffle feature to avoid browsing presets in the same order each time
Reworked playlists workflow, presets are now copied in playlists to avoid unwanted preset modifications
Added “new preset” entry in instruments menu to start a sound from scratch
Reworked audio / MIDI settings window, including standalone BPM parameter
Drop of 32 bits support
Bugfixes
Changing the name of a user preset doesn’t create a copy anymore
No more crashes when selecting ASIO DirectX Full Duplex Driver in standalone on Windows
No more crashes in Juce based hosts when resizing the plugins window
Reduced Fiber Local Storage consumption on Windows