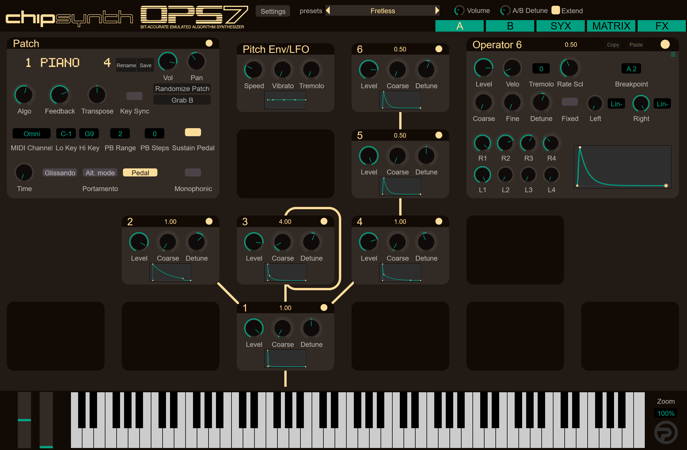 Let it take over your tracks as it took over the airwaves with a storm in 1983. Open the flood gates to a deluge of crisp bass sounds, crystalline bells, soothing electric pianos, and sharp rhythmic clavichords.

You will unleash vast FM landscapes in mere seconds, thanks to the dual-layer system seen only in the most expensive FM keyboards – the Yamaha DX1 and DX5 – giving your music a big, full, lush studio sound!

In addition to a full set of effects, we’ve given chipsynth OPS7 a game-changing dynamic patch editing system, making FM patch creation easier than ever and removing any need for cumbersome algorithm diagrams. In extended mode, you can also use waveforms from the TX81Z, SY77 and OPL3.

But perhaps you want to load-in one of the thousands of available original Yamaha DX series 6-op patch banks instead?