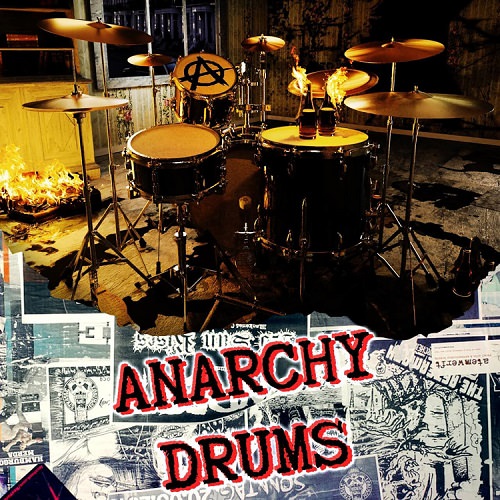 the sound is gritty and the focus is on sounds and techniques that rock/metal drummers use a lot. This specific plugin aims to capture the sound of 90s California punk, but I think it’s also good for a broader range of rock sounds. The drums are on the loud and gritty side, but not extremely so – they’re not good drums for jazz, death metal or funk, but they can certainly do a lot of rock drum sounds from the 70s to today.
The download contains a monolithic plugin, with VST, AU, AAX format options and both 32-bit and 64-bit versions available. The download is approximately about 280 MB in size, varying slightly by format, and contains about 2,800 unique samples inside. So, this is one of the more detailed free drumkits available, considerably larger than for example MT Power DrumKit 2 or the recent Spitfire LABS drums, though smaller than DrumMic’a, Scott Drums or SM Drums.
A few things separate this drumkit from the freebies mentioned above. One is that everything’s recorded with close, overhead, near room, and far room mics. Also, the kick and snare have a second close mic on the other side. I wish the snare bottom mic was recorded for the kick and toms, too, as that kind of sympathetic buzz can sometimes be good for adding even more grit, but that’s a minor complaint.
Secondly, for rock music, avoiding “machine gun” repetition is often very important, and the samples here appear to have a fairly small amount of velocity layers, but a whole lot of round robins, which helps with that. In other words, this kit trades some realistic dynamic response for the ability to play loud, repetitive parts that don’t sound robotic.
The third major difference with Anarchy Drums is the selection of cymbals. There’s only one type of snare hit (no sidesticks) and two toms, but there are lots of cymbals: a hi-hat, a ride, two crashes, two splashes, and a China crash. The hi-hat has foot chicks and three degrees of openness, the ride has three articulations (ride, ride bell, and ride crash), and the crashes also have chokes recorded. The hi-hat is self-muting and the crash chokes also mute any “regular” crash sounds currently playing. The cymbal samples don’t contain their full natural decay tails (in the real world, a ride can ring for an entire minute), which is OK for rock.